How does social media affects us (mentally, physically, and socially) and what are their secret tricks? 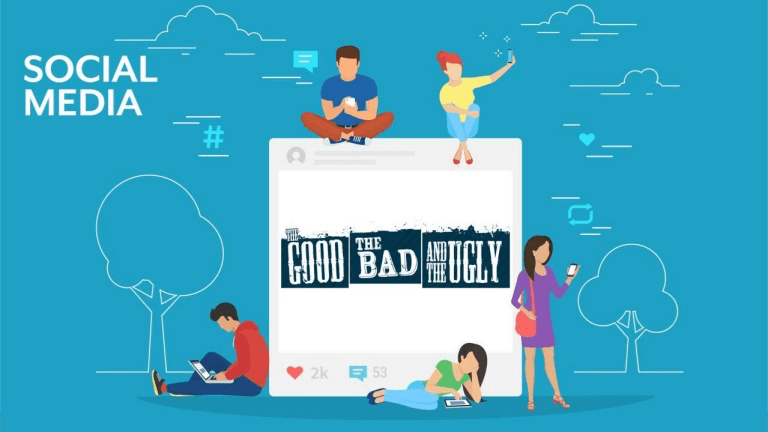 Social media is the universal platform for communication, entertainment, and a way to feel involved in the world. Social media is used by nearly 225.61 million US citizens a day according to statistita.com. In other parts of the world there is a total of 3.78 billion users according to oberlo.com. Social media is a method that expanded our generation to new lengths in terms of how we share and receive information. For example, when Facebook was released, it was just a communication place for Zuckerberg and his fellows at Harvard. You can learn more by clicking here. The intention was never to become a huge company but a way of communication. Alongside Instagram, its primary purpose was to become a photography application. But now these two primary sources of today's generation is how we see what other's are doing and can see events from a long distance and even dance to music directly. A new Chinese app called "TikTok" or originally "Musically" is a dancing to music platform. What does that mean, people record themselves in a 10-30 second time frame dancing or lip syncing to a specific sound or music. This app has made so many people addicted and has made people go viral for simple dances. For example, the famous TikTok star, "Charli D'amelio" has over 100 million followers for her dances. One of them being the renegade created by Jalaiah Harmon, a 14 year old from Atlanta Georgia. This dance has become the most danced movement from 2019-2020. TikTok and its competitor Instagram with Instagram Reels, also get content other than dances, people also post funny videos, life hacks, food hacks, and other entertaining pieces. This generation has made people viral with social media. One of the main reasons it mostly happens in these platforms except for Facebook is because teens have the ideology that Facebook is for elderly people, so they don't use that platform. Another popular app, SnapChat, is mostly for chatting and using funny filters that change your appearance or can change your voice. Platforms like these are all serving one purpose, influence users to publish content. Social media has a huge impact on a teen's life because of its use of communication and entertainment. The best thing about it, it's all FREE. No charges for using the app, but of course the company gets money for the amount of users on the platform. Social media recently has been used by current President Trump on the app Twitter for encouraging the riot of the capitol. As we all know President Trump has "tweeted" a lot of false information and accusations on Twitter, as stated in various CNN interviews. This has led to people having riots such as the one that happened in the capital hill and protests such as the one that we all have heard of, Voter Fraud. As a result to the controversy, Facebook and Instagram decided to delete his account and ban him from his accounts. But enough about President Trump let's talk about how social media affects a person. View the video by Jubilee that discusses about the pro's and cons of social media.

Many of the topics featured in the video are something familiar to teens. The video also discusses how social media can effect young adults.

How does it affect teens physically?

Many people think something such as social media does not affect teens physically but it does. According to aaapublications, they state that it disrupts sleep, affects a person physically by taking off time of exercise. It also causes strain to the neck, which can lead to future health problems. Also, according to offeringhope.org it states that it leads to children having a sedentary lifestyle, which means that you are in one position or a non-moving position.

How does it affect teens mentally and emotionally?

Social media also has a huge role in a person's mental health and ability. According to offeringhope.org, it states that it triggers sadness. Facebook has been linked to less overall satisfaction with life, likely due to feelings of social isolation. Additionally, more time spent on sites like Facebook and Instagram has been shown to increase these feelings. According to helpguide.org it states "Social media has an increased risk for depression, anxiety, loneliness, self-harm, and even suicidal thoughts". People can experience depression due to cyber bullying which can result to suicide rates becoming even higher. On the other hand, it helps us connect to distant friends and family which can bring joy or happiness. For example, social media apps like Messenger and WhatsApp can bring families and friends together.

How does it affect us socially?

Social media has various impacts socially in many ways for example, there has been evidence that people who get cyber bullied tend to not go out because they feel insecure, which effect a person socially in a way that they do not want to go out in public because of that statement they got from the person attacking them. Although social media can have a negative impact in a teen's social life, social media has also helped people do things such as making many businesses grow promoting itself, and it has helped people find a better way to connect and communicate with one another.