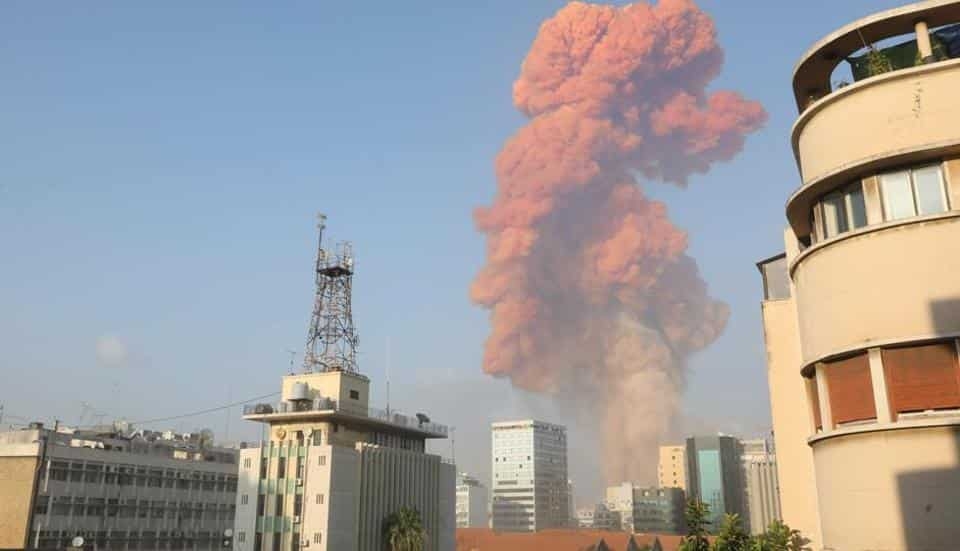 On August 4th 2020, at the Port of Beirut, in Beirut, Lebanon, a catastrophic explosion left at minimum 180 people dead with thousands of injuries. This was the result of a 2,750 ton accumulation of chemicals such as ammonium nitrate, being stored in the area for around 6 years. This large supply of ammonium nitrate came at the time of November 2013 from a Russian ship. The initial plan of this ship's journey was from Georgia to Mozambique, but it was abandoned, hence left for 6 years.

This occurrence consisted of two explosions; the first explosion which sent up a plume of smoke with several light flashes. The second explosion was caused by the large amount of chemicals (including ammonium nitrate). The catastrophic second explosion can be compared to that of an earthquake. According to the United States Geological Survey, the seismic waves caused by the explosion were equivalent to a 3.3-magnitude earthquake. This explosion was so wide-ranging that it was felt 100 miles away in Cyprus. Around the port, many cars were flipped and destroyed. The impact was so strong to the extent of flipping a 390-foot long cruise ship. Buildings collapsed, ceilings, windows, and walls were destroyed, and around 300,000 people were displaced from their homes.

These are the organizations that are taking donations and working day and night to support the Lebanese citizens affected by this catastrophe.